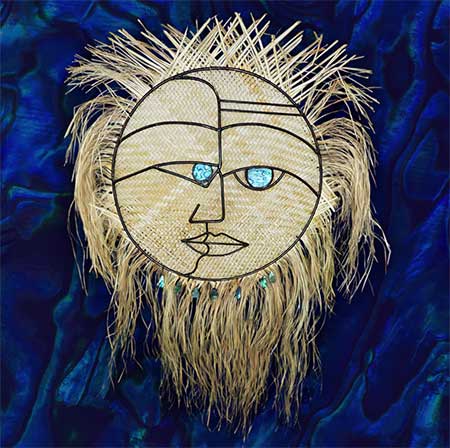 The kanohi/face represents Ranginui and Papatuanuku the face of humanity, which rest upon woven art work of Harakeke.  The metal framing of the kanohi is made of No. 8 Wire connecting the old and contemporary world.  Reminding ourselves of our history the kanohi represents colonisation and a pakeha world view.  Ranginui and Papatuanuku, has a duality providing balance of taha wahine/female and taha tane/male element. Finally, the Kanohi is seen as partnership and working relationship with tangata whai ora/consumer.

The Kanohi Artwork was commissioned in 2001 for the International conference of Australia and New Zealand College of Mental Health Nurses-ANZCMHN in Rotorua 2003 which was hosted by Waikato Sub-Branch.  At this time, the New Zealand Branch celebrated 10 years of association with ANZCMHN. The essence of the partnership was captured in the conference theme, “Earth, Sky and number 8 Wire”, which is recognised within the Kanohi Art Work called and shortened to “Rangi and Papa”.

This also represents our narratives of old about the Māori creation, separation of Ranginui and Papatuanuku and bringing forth the first light to our world.  Followed by Te Puna Matauranga/The pool of Māori knowledge and understanding – Ki te Whei Ao, ki Ao Māramatanga. The Kanohi Artwork- Rangi & Papa is located at the Te Rūnanga ō Kirikiriroa.

In 2003, we would see the last of the joint college of Australia and New Zealand.  In 2004 New Zealand College of Mental Health Nurses was launched in Wellington at University of Victoria and named Te Ao Māramatanga. This name  was gifted to us by Te Ātiawa kaumātua Love.

The Logo of Te Ao Māramatanga bears the Kanohi of Ranginui and Papatuanuku. 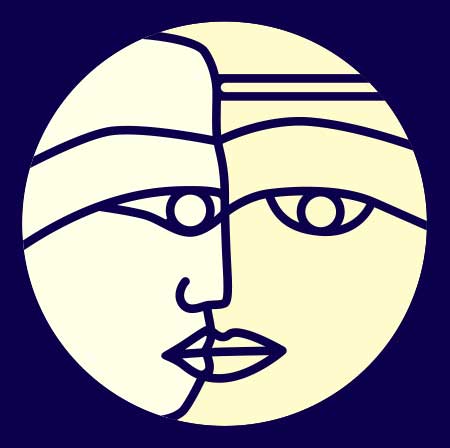